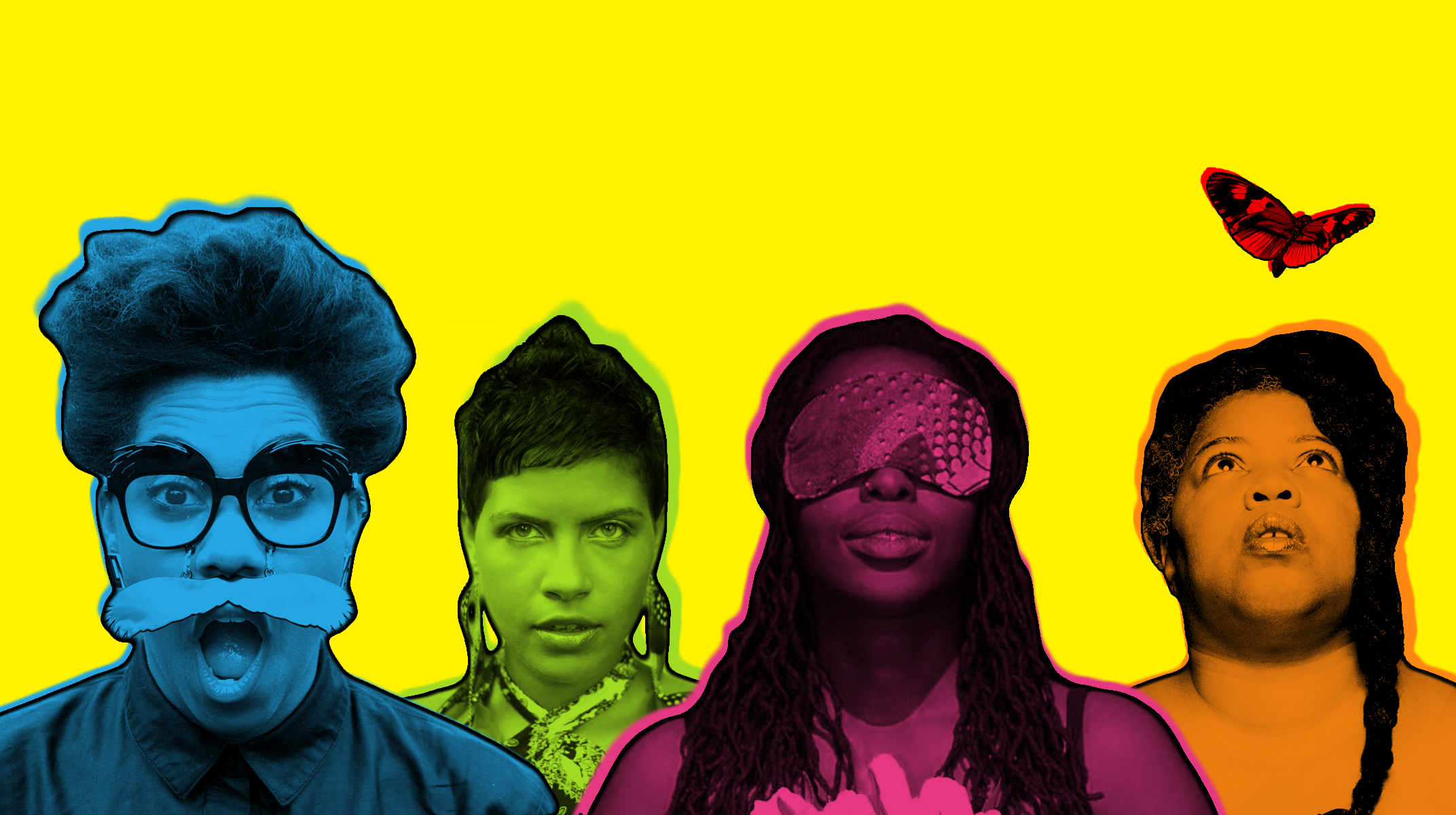 Bringing together established and emerging black, Asian, and minority ethnic (BAME) artists from dance, theatre, and live and performance art, with new work, critically acclaimed pieces, and some stuff just for fun.  A new force, led by artists, working for artists.

Black Gold Arts Festival (BGAF) has grown from three shows over three days in 2015 to a four-day Festival week this October, with brand-new and emerging theatre, dance, live and performance artists as well as new shows from established names, a Cinema Event, new writing produced with new directors, and monologues from up-and-coming writers chosen from nation-wide entries.

For our second day, we have two offerings:

Whose Sari Now? is the funny and poignant journey of one sari: handed down, handed over, and handed out to the characters in the play. Through each character’s relationship with the sari, we get a glimpse of the myriad ways in which the garment impacts the lives of women across boundaries and generations.

And, also on Thursday, for something completely different:

Divergency features black and ethnic minority live and performance artists. You can sample works spread thoughout the historic Z-arts building in Hulme, with your pick from early ideas to fully-fleshed, intimate shows. Get to know some brand-new artists and have a chance to be in on the ground-floor with new work from more established names, with work from Toni-Dee Paul, Chelsea Morgan, Jamil Keating, Maya Choudry, Afreena Islam, Yvonne Shelton, and Cheryl Martin. Spot tomorrow’s stars today.

BGAF, with the help of Queer Media, has bagged the Manchester premiere of Strike A Pose, which follows Madonna’s dancers from the 1990 Blond Ambition tour after the circus has moved on. The dancers — 6 gay, 1 straight, some plucked straight from the New York City Vogue scene – take us back to a now-mythical, still-influential place and time.

For a Friday-night blow-out, BGAF has the Manchester-based Vogue Ball favourites the House of Ghetto supporting a brand-new choreographer, Natasha Wooden in this first Cinema Event. Madonna’s dancers speaking for themselves on film, accompanied by a newly-commissioned response-piece dance, supported by Vogue-Ball-style madness. Guaranteed no-holds-barred entertainment.

For the final day of the 2016 October Festival Week, we have two sets of brand-new stars to introduce:

And, later at Contact, supporting Lemn Sissay as part of the Commonword Black Writers’ Conference:

Talking About Family: Monologues on family and adoption, 7 pm (with Lemn Sissay), Contact

Following a nation-wide search, Commonword and BGAF found four writers to tackle some of the hardest things to talk about: family, adoption, love and loss in the first and closest relationships of all. Join Lucy Sheen, Christina Fonthes, Claire Hynes, and Seni Seniviratne as they explore the family from 30s Yorkshire to today’s London.

That’s BGAF October 2016 Festival Week. But this year, one week wasn’t enough. BGAF has burst out with shows all over.

Body of Light, choreographed by Darren Pritchard, combines dance and technology to create a sensuous performance of light and movement. Using everyday technology, dance is translated into beautiful projected imagery; with each twist and turn, light is painted around the dancer like oil on canvas. After the show there will be a session of interactive play: you are able to track your movements and have a go at creating projection art of your own.

Experience a high-powered, ultra-modern play of love and lust. Combining spoken word, physicality and music, Amsterdam follows Chanje as she is seduced by the attractions of the titular city and the charms of a Surinamese man she met on holiday. Wonder at her fate as she embarks on a voyage into the unknown in this truly 21st-century play.

Alaska is a funny, magical trip to the moon, with singing and dancing thrown in: one woman’s extraordinary story of how she survived growing up with severe depression. A raw and powerful performance, with humour, heart and soul, with stunning vocals and beautiful imagery in the storytelling. With one in four of us estimated to experience mental health difficulties at sometime in our lives, this is a story that touches everyone, whether first-hand or through family and friends.

And now, Cheryl takes her critically-acclaimed show to the And What? Festival of Queer Art, for a late-night showing in Hoxton’s Geffrye Museum.

Testimony explores the possibilities of language and movement, transforming meaning to reach a higher state of awareness. Yvonne’s powerhouse vocal, a Gospel Choir, plus music from A Guy Called Gerald combine to produce a visceral, computer-aided grand opus featuring a specially-created track written by Jimi Goodwin of The Doves.

Have you ever seen a polar bear in the flesh? Been close enough to notice just how white these magnificent mammals are? Remove your shoes, coats and bags, as you are about to encounter the Arctic’s whitest apex predator, with black skin.

My dad is a conundrum. He shapes his tongue like a crescent, then beams his way upwards. Most times he leaves me books, books and books covered in stardust. Other times he leaves me with a heavy sense of dread. How do you communicate with a man who has a moon where he should have a head?

A new show from one of Manchester’s best and brightest up-and-coming talents.