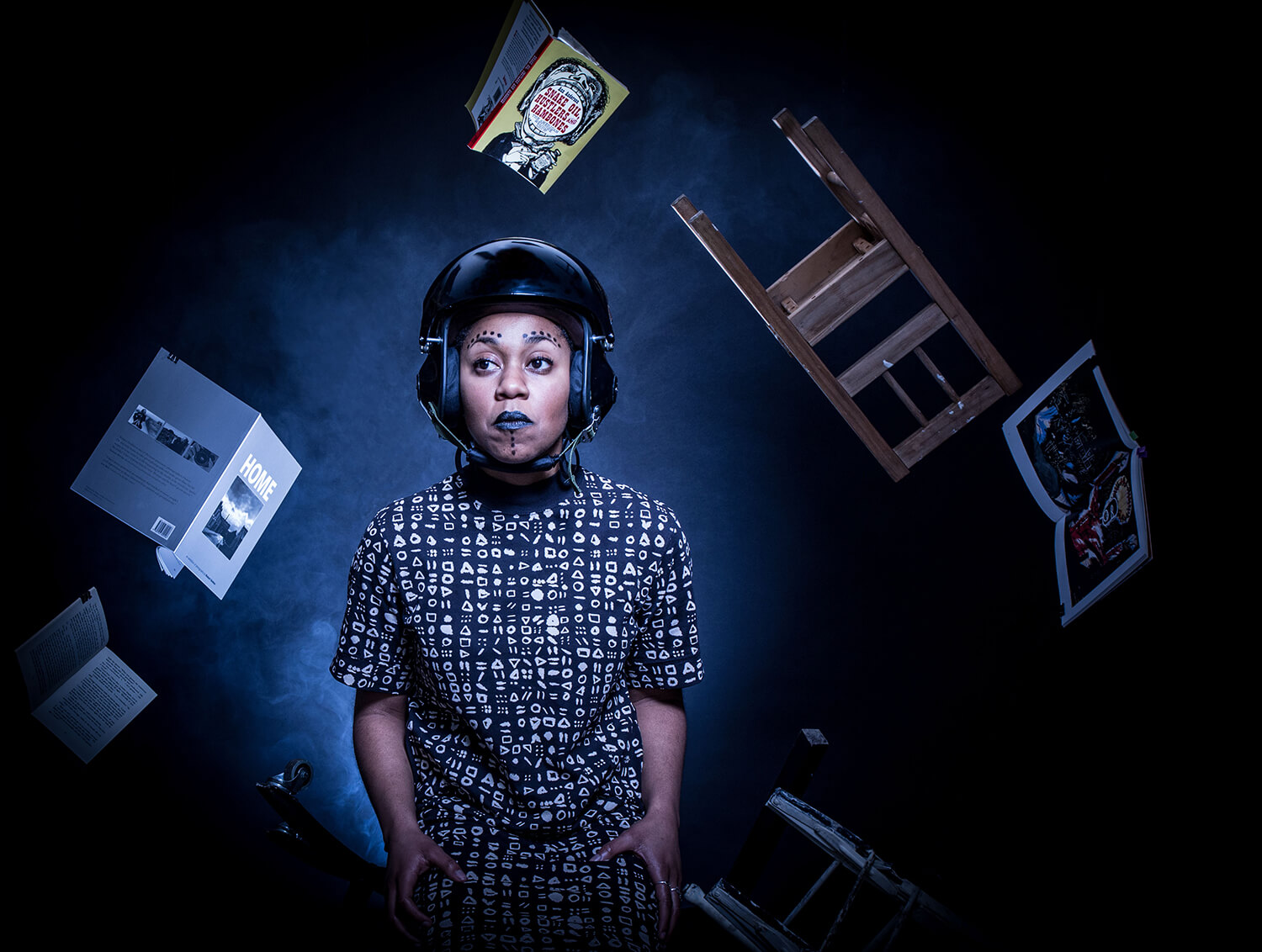 Keisha Thompson is a Manchester based writer, performance artist and producer.

She is currently touring award-winning solo show, Man on the Moon. This autumn she will be launching her debut book, Lunar, featuring 40 new poems in addition to the script for Man on the Moon.

She is also the Young People’s Producer at Contact, a trustee for radical arts funding body, Future Ventures’ Fund, is a member of Greater Manchester Cultural and Heritage Group and is on the Leaders of Tomorrow scheme led by ITC and RTYDS.

She has supported artists such as Kate Tempest, Hollie McNish, The Last Poets, Saul Williams, Amiri Baraka and has performed in Brave New Voices festivals 2008 & 2009.